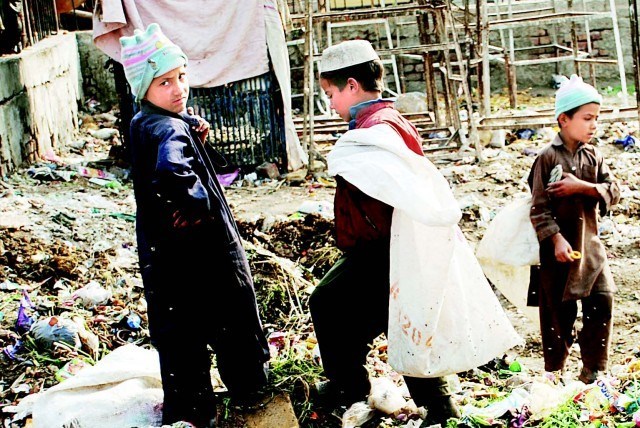 PESHAWAR: The Child Rights Movement (CRM), a network of more than 50 civil society organisations working towards protection of children’s rights in Khyber Pakhtunkhwa, has stressed the need for solid steps to ensure the implementation of laws to meet Pakistan’s obligations under the United Nations Conventions on the Rights of the Child (UNCRC).

Members of the CRM KP expressed these views during a consultative meeting organised by Da Hawa Lur, a non-governmental organisation.

Mrs Khursheed Bano, coordinator CRM KP, said the KP government should take immediate steps for resolving the issue of child labour on sustainable basis. He said the provincial governments should make serious efforts to implement Article 25-A of the Constitution of Pakistan about right to free and compulsory education for children aged five to 16. Mrs Bano said that as education is now fundamental right, but still according to official statistics, children in KP, excluded newly merged districts, 1.8 million school going age children are out of school and are doing work or on the streets facing physical, emotional and sexual abuse.

Mrs Laila Shah Nawaz from Khwendo Kor said child labour is common in KP, which is a major supplier of child labourers to other provinces. She said a large number of children from Swat, Dir and Shangla are working in coalmines of Shahrag in Balochistan. She said the KP government should take immediate steps to remove these children from the hazardous mines and rehabilitate them with their families. In order to resolve this issue, she said, the KP Education Act and the KP Prevention of Child Labour Act 2015 need to be implemented. Furthermore, she said, child domestic labour for children under 18 years of age should be notified under the schedule of banned occupations and processes of the 2015 Act.

Imran Takkar, Provincial Coordinator Group Development Pakistan (GDP), shared that KP also requires strengthening child protection system of prevention and response with purpose to prevent child abuse. He said the KP Child Protection and Welfare Act 2010 needs to be implemented in its true spirit and the provincial government should reorganise and conduct meetings of the Child Protection and Welfare Commission regularly. He said budgetary allocations should be made for this purpose and child protection units in line with UNCRC should be established across all districts, including the newly merged tribal districts.

Mr Takkar further said the Peshawar High Court took a commendable initiative and established three exclusive child courts in the province in accordance with the child protection act as well as the Juvenile Justice System Act 2018. He said the government should implement JJSA 2018 properly and establish more such courts, rehabilitation centres, observation homes and notify Juvenile justice committee as per the demand of the law.

Mr Takkar further said that JJSA 2018 says that the juvenile justice committees’ notification is the provincial government responsibility. “Within three months after promulgation of the law, three courts under the law have been established in the province but not a single JJC notified yet,” he said.