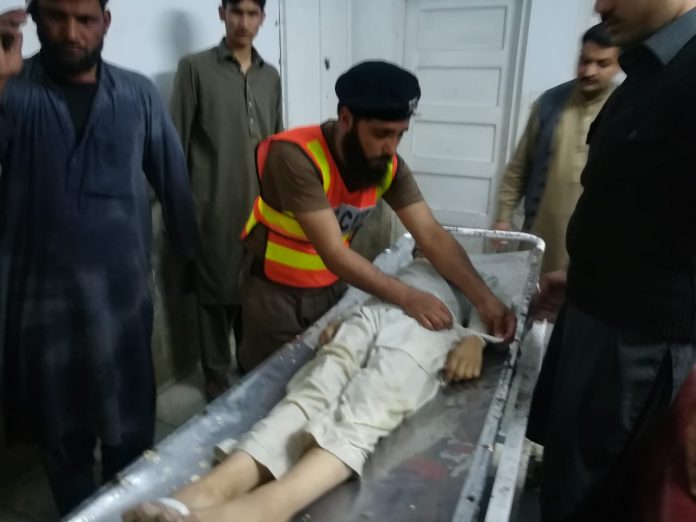 CHARSADDA: 12 picnicker belonging to the same family drowned in the Kabul River at Sardaryab when a boat, capsized here on Wednesday.

The local divers rescued 10 persons which also include four women. They, however, could not manage to recover two children, until the rescue 1122 emergency service team arrived at the spot. The spokesman for Rescue1122, Bilal Ahmad Faizi said that they have retrieved a 7-year-old child named Zeb Khan, who was rushed to District Headquarter, Charsadda where he was pronounced dead.

The rescue official said that search for the other child, Abdur Rehman, is underway. Out of ten persons rescued by the local rescuers, four persons were shifted to District Headquarter hospital, Charsadda in critical conditions.

As per initial investigation, the operator of the boat was a 13-year-old boy who could not control the boat while taking a sharp turn. He has managed to escape after the incident; however, police said that they are conducted further investigation into the incident.

The famous Sardaryab picnic spot here attracted a large number of visitors. Situated on the bank of River Kabul in district Charsadda, the picnic spot is famous among people of the surrounding districts, including Peshawar. who enjoyed boating in the Kabul River. The visitors also included women and children.

The local people have been asking the provincial government and the tourism department to develop this spot to improve the economic conditions of the local people and prevent such incidents by adopting proper safety measures. Last year, in April, Two students of a religious seminary went missing when a boat they were riding in hit a pillar of a bridge at Sardaryab. Around 13 students of Jamia Saeedia, Warsak Road, Peshawar, were on a picnic and enjoying a boat ride in Kabul River when The boatman lost control and crashed into the pillar of a bridge and the boat capsized.