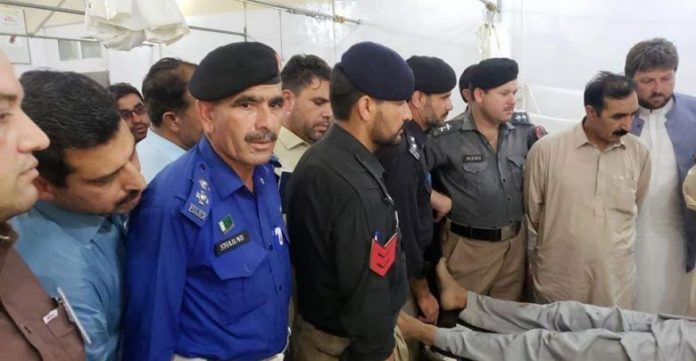 DIR LOWER: A police van was attacked with remote control blast in Lower Dir, as a result, a police officer was martyred while three others were injured on Wednesday.

As a result of the explosion, Hawaldar Saifullah embraced martyrdom while three personnel were injured. The injured personnel have been shifted to Timergara Hospital while police have started a search operation in the area.

After the blast, District Police Officer (DPO) Lower Dir Arif Shehbaz Wazir visited the district headquarter hospital and inquired about the health of injured policemen of Lajbok Blast and assured them of all possible help from the treating police department.

The injured person was taken to District Headquarters Hospital Khar where doctors advised the family members to take him to Peshawar due to his critical condition. However, Fazal Aleem died on way to the hospital.

Last Sunday tribal elder was killed in a remote-controlled explosion in Charmang area of Bajaur. Local sources said tribal leader Gul Dad Khan was returning home from a mosque after offering prayer when he was targeted with a remote control explosive device. The tribal elder died on the spot in the explosion.

After the incident, the security forces cordoned off the area and shifted the body to the hospital. Security forces collected evidence from the scene and launched an investigation.