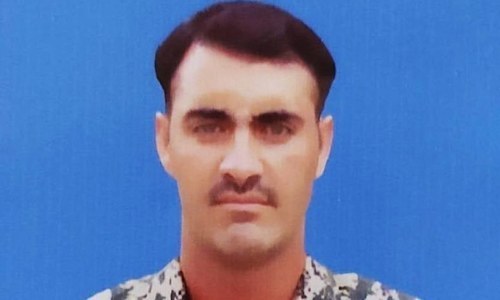 According to Major General Asif Ghafoor, Director General Inter-services Public Relations (DGISPR), terrorists opened fire on an FC check post near the Pak-Afghan border in North Waziristan. The martyred officer was identified as FC Lance Naik Mohammad Imran while two other personnel were also injured in the attack.

It should be noted that this is not the first time that security personnel have been targeted near the Pak-Afghan border. A number of such attacks were carried out across the border.

On October 29, 11 people, including six Pakistan Army personnel, were injured in cross-border firing. Earlier, on September 20, a remote-controlled blast on the Pak-Afghan border in Mohmand District of Khyber Pakhtunkhwa province killed a Major and a soldier of Pakistan Army.

PESHAWAR: The federal government has temporarily suspended the volunteer return process of Afghan refugees, based in Pakistan, for three months. According to sources, the number of registered Afghan refugees across the country, including Khyber Pakhtunkhwa, is up to 03 million.

The federal government has stopped their return from today until at least February 30th. Sources said the operation will resume on March 2 next year, and 200 million US dollars will be provided as financial aid to one person for voluntarily return to Afghanistan.