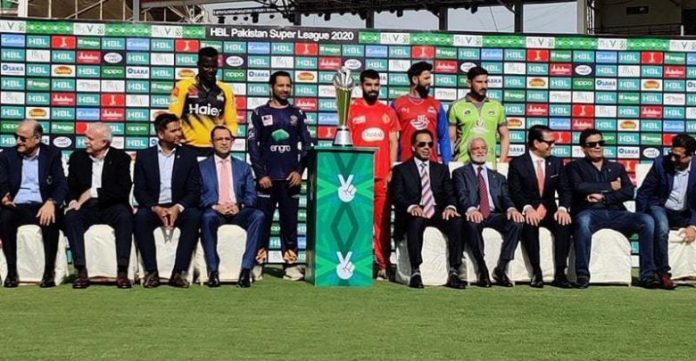 PESHAWAR: In a setback for the cricket fans in Pakistan, some of the foreign players participating in the fifth edition of the Pakistan Super League (PSL-5) have decided to not take further part in the tournament and return to their country as a precautionary measure amid the threat of coronavirus outbreak.

On Friday, the Pakistan Cricket Board (PCB) said that all players participating in the PSL have been given the option to pull out of the mega event amid growing fears of the coronavirus. It said it understands the concerns of players and will have no issues if they opt out of the tournament. It added that the mega event will continue as planned till its end.

The PCB Chief Executive Wasim Khan said on Friday that the Board management and owners of PSL franchises held a meeting and decided in principle to allow players to opt out of matches if they desired so. He said the situation is regularly evolving and the PCB will monitor it regularly and make announcements accordingly.

Peshawar Zalmi coach James Foster is also going back home. However, Islamabad United and Lahore Qalanders foreign players have not yet made any request to leave for home.

Wasim Khan clarified that the foreign players who have opted to go home have done it purely as a precautionary measure to avoid being stranded due to potential suspension of flight operations or any other restriction which may come in shape of coronavirus emergency. He said the PCB will facilitate all the participating players in their decisions and will take all the necessary decisions if needed.

The development about withdrawal of foreign players from PSL came a day after the PCB decided that the remaining PSL matches in Karachi will be played behind the closed doors in stadium owing to the threat of coronavirus. The PCB made this decision on the directions of the Sindh government where the virus is spreading quickly and schools have also been shut to overcome the situation.

Owing to evolving situation, it is expected that the PSL’s remaining matches in Lahore will also be played without spectators.