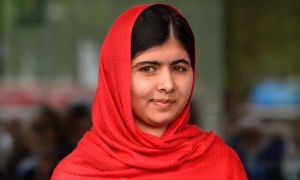 The court in its verdict today awarded 25 years imprisonment each to these persons for helping the culprit who shot Malala in the head. These persons hail from different areas of Swat district. Those who got 25-year imprisonment include Shaukat, Izhar, Irfan, Israr, Suleman, Bilal, Zafar, Ali, Ikram and Adnan who had been affiliated with the banned Tehrik-e-Taliban Pakistan (TTP).

Malala was shot in the head by a terrorist in 2012 when she was returning home from her school in Swat. Her two friends, Shazia and Kainat, also sustained injuries in the attack. The proscribed TTP had claimed attack on Malala.

The main suspect of the attack, Attaullah had escaped to Afghanistan.