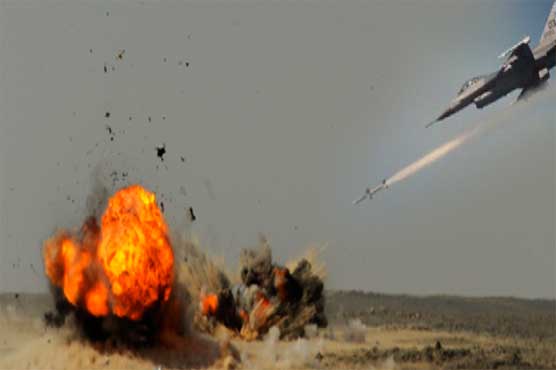 According to the sources, militants’ hideouts in Kheraba, Tora Teega and Changi areas of the Rojga valley were targeted.

The sources informed that at least 10 militants were killed while a number of others were injured in the aerial operation. They further reveled that five hideouts of the militants were destroyed.

It merits a mention here that forces targeted militants’ hideouts in Rojgal valley for the third time during the last ten days. Rojgal is mountainous terrain in Tirah valley of Khyber agency near the Pak-Afghan border where security forces recently launched operation to stop terrorists’ infiltration into the tribal area from Afghanistan.