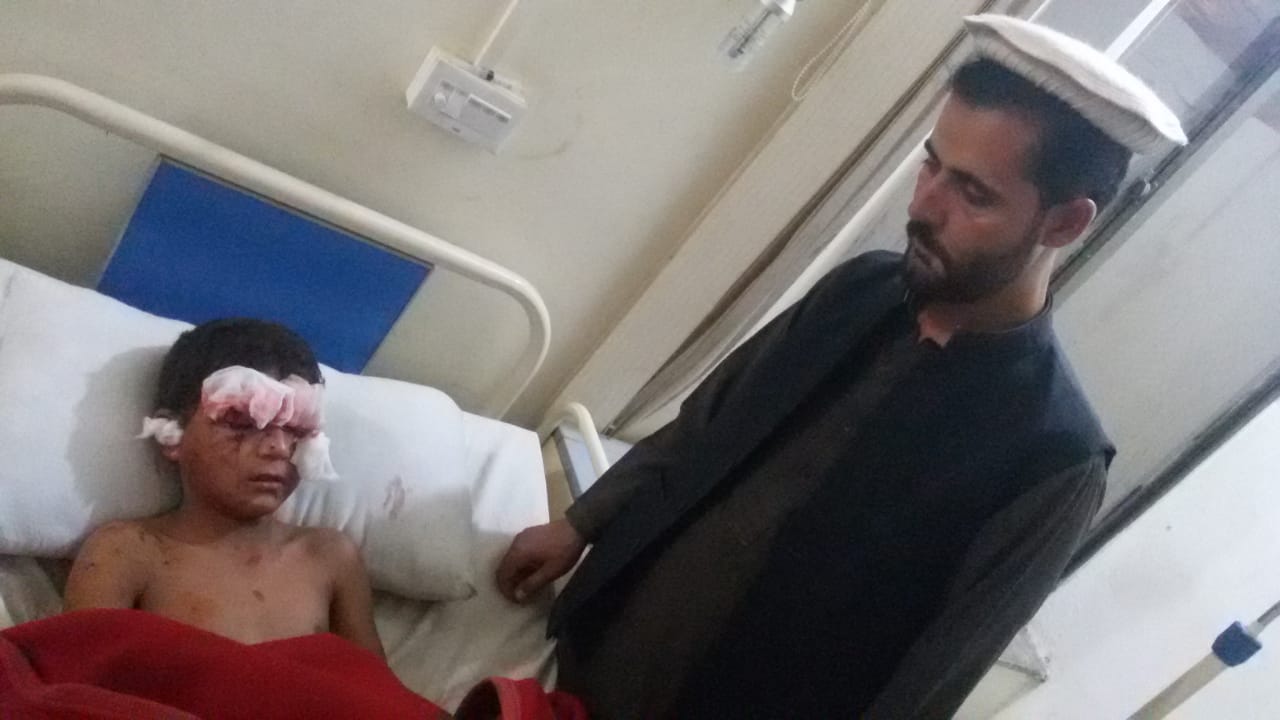 PESHAWAR: A 10-year old boy was injured seriously on Monday after a toy bomb he found exploded in his hands in Serai Darpakhel area of North Waziristan.

Locals said that Shakirullah was playing in fields near his house when he found the toy bomb and started playing with it. It suddenly exploded leaving him severely injured and taken to hospital. Doctors said that one of his eyes has been damaged.

The boy belonged to a poor family who cannot afford to bear cost of treatment. They appealed Prime Minister of Pakistan Imran Khan and governor Khyber Pakhtukhwa for financial assistance.

The landmines and toy bombs continue to take heavy toll on residents of South and North Waziristan districts.

Meanwhile, a security personnel was martyred in a bomb blast in Alingar area of Safi tehsil in Mohmand district.

The officials said that Levies personnel Essa Khan was on way office when explosives planted at a roadside exploded, leaving him dead on the spot.