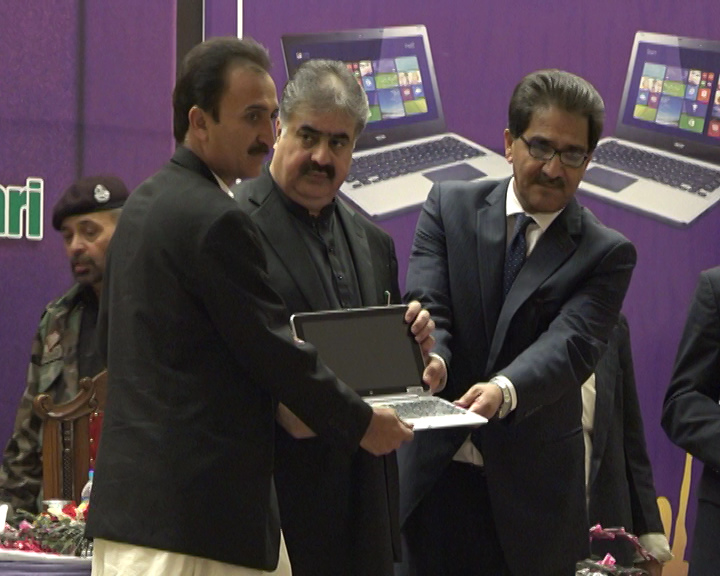 QUETTA, 23 November: Free laptops were given to as many as 100 students of the Balochistan University under the Prime Minister Laptops scheme.

Balochistan Chief Minister Sanaullah Zehri and other members of the provincial assembly were also present in the ceremony.

An M.Sc student after receiving the laptop told TNN that he desperately needed a laptop as most of his work was being done on computer.

Balochistan Chief Minister Sanaullah Zehri said on the occasion that the provincial government would also launch its free laptop scheme under which thousands of students of the province would be given laptops.