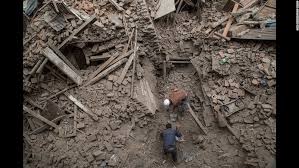 According to United Nations, nearly 10.65 million people need food assistance. Nepalese government, on the other hand, appealed the world community for aid. Pakistan has sent two more C-130 planes of aid to Nepal.