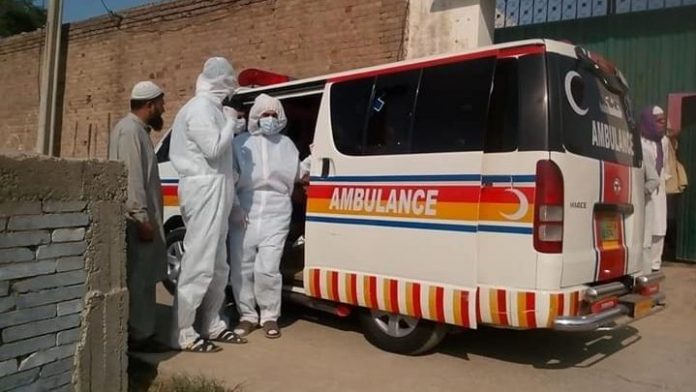 PESHAWAR: As many as 807 more COVID-19 cases surfaced in Pakistan during the last 24 hours after which the total number of corona infections in the country reached to 332,423.

There are now 12,121 active corona cases in the country. On Friday, tests of 21,688 people were conducted and 807 out of them came back as positive. According to the latest statistics, 11 people died of COVID-19 during the last 24 hours.

The figure of patients recovered from the virus has reached 314,066. Death toll from coronavirus in Pakistan stands at 6,800.

According to latest updates posted by the KP Health Department, the total tally on infections in KP has reached 39,458. No new death was reported during the last 24 hours, keeping the death toll at 1,276.

On Friday, 61 more patients recovered from the disease and now total recoveries stand at 37,524. Active cases in KP are 658.

In Sindh, 237 new cases of the coronavirus were reported overnight, taking the tally to 145,475.

Official sources said five more people lost their lives from the virus, taking the death toll to 2,625. A total of 7,521 tests were carried out during the last 24 hours in Sindh.

In Islamabad, several streets have been closed after coronavirus cases were reported there.

Deputy Commissioner Islamabad Hamza Shafqaat said in a Twitter message that several streets will be sealed in the capital for the next 10 days for being COVID-19 hotspots. He urged residents to stay at home and cooperate with the authorities.

Although Pakistan has achieved considerable achievement in not allowing corona to cause massive deaths, however, complete victory has not been declared owing to the potential of the disease to strike back. It has officially been confirmed that the second wave of corona has arrived in Pakistan and positivity rate of tests has crossed 3 percent. The government has urged people to continue observing precautionary measures.