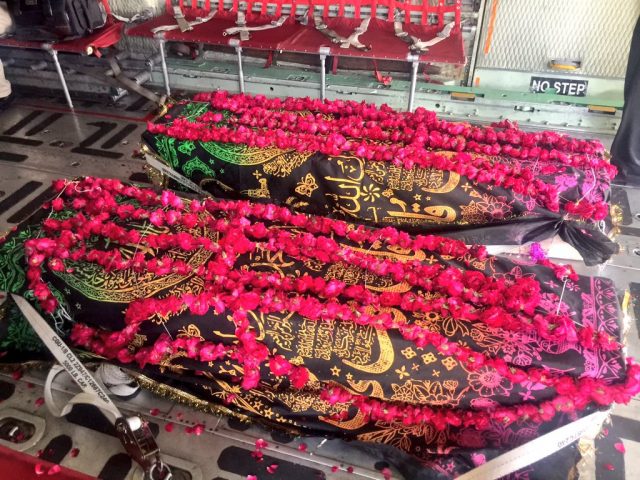 CHITRAL, 18 December: The C-130 aircraft carrying 11 dead bodies of the victims of the tragic Pakistan International Airlines (PIA) plane crash, reached Chitral on Saturday and the victims were buried later in the day.

The bodies of the 11 victims, including six members of same family, were shifted from Rawalpindi to Chitral after their identification through DNA tests.

The PIA spokesman Danyal Gilani said the relatives of the victims were also aboard the aircraft, which was headed to Chitral from Nur Khan Airbase.

Forty-seven people, including 20 from Chitral, lost their lives when a PIA plane travelling from Chitral to Islamabad crashed in Havelian on 7 December.