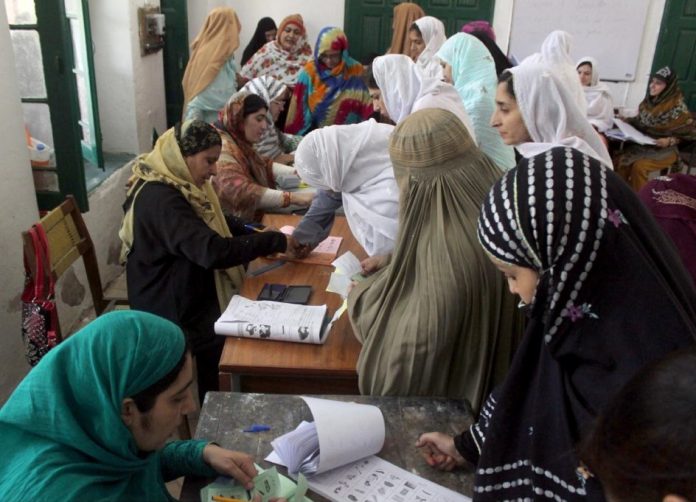 WANA: As many as 110 women teachers have been suspended over refusal to carryout election duties in PK-113 constituency of South Waziristan tribal district.

Asif Khattak said the real problem in the constituency is about women polling staff. He said the education and health departments have been requested to provide women staff and they are fully cooperating. However, he said, several women staff from Education Department have not showed up despite several notices.

The returning officer said 110 female teachers have been suspended over non-cooperation and letters will be written to the Election Commission of Pakistan (ECP) and Secretary Education for further action against them. He said strict action must be taken against such female staff to that it serves an example for other staff and no one refuses to perform national duty.

The Election Commission has said it has taken special measures to ensure that pregnant women, transgender persons and specially-abled people can participate in the July 20 elections in tribal districts and cast their votes.