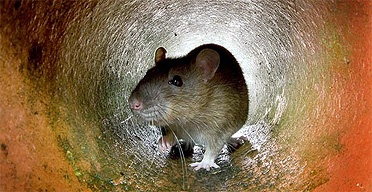 PESHAWAR, 6 April: The district administration of Peshawar says 1,100 rats have been killed so far in different parts of the city during the rat-killing campaign.

Water and Sanitation Services Peshawar (WSSP) officials said four teams comprising 10 guys each have been appointed to eliminate rats in different areas of Peshawar. The officials said they use rat-killing poison in 500 breads and 50 kilograms tomatoes on daily basis to kill the rats. They said the killed rats have been buried under the ground.

An eight-month-old infant was killed after a rat bite in Peshawar few days ago after which the Peshawar High Court had sought reply from the Khyber Pakhtunkhwa government. After that incident, District Nazim Arbab Asim initiated a rat-killing campaign in the city and also announced Rs25 bounty for killing a rat. However, some people complained that they did not get the reward despite killing rats.