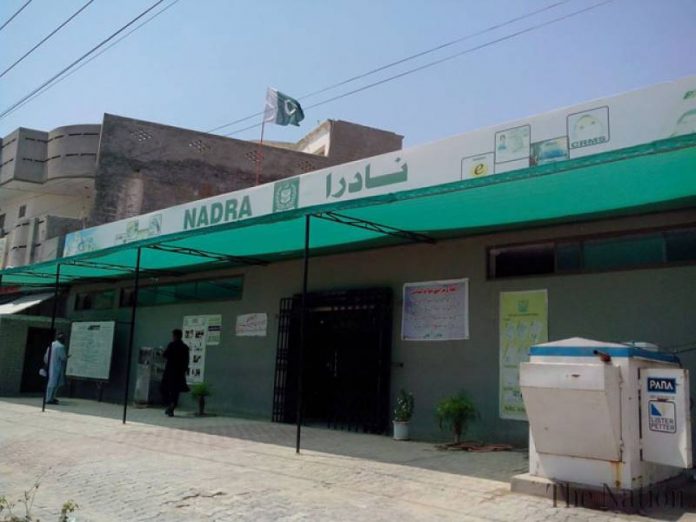 PESHAWAR: The National Database and Registration Authority (Nadra) has sacked 115 employees from merged district just one day after their joining of duties which has caused huge disappointment to the sacked employees.

The Nadra officials said this step has been taken on the direction of lawmakers from merged districts. The appointments for Temporarily Displaced Persons Emergency Recovery Project (TDP-ERP) were made in December last year. The employees joined their duties on December 22, 2019 and they were asked to arrive for training on December 27, 2019. However, the same day, a call was received from the Nadra headquarters in Islamabad that the training has been postponed and another date for it will be announced later.

However, the employees said they did not receive any call from Nadra and news started spreading that the appointments have been cancelled. They said their apprehensions proved to be true when they contacted the Nadra office. They were told by Nadra that the lawmakers from merged districts have raised questions over the transparency in appointments and got these appointments cancelled through the Interior Ministry.

The sacked employees have alleged that the lawmakers wanted to appoint their ‘own people’ and they have now cancelled the appointment after failing to appoint favourites in Nadra.

Earlier, Chairman Senate Committee on Safron Taj Muhammad wrote a letter to the Nadra chairman in which he pointed out that several complaints about appointments in Nadra project have been received. He said appointments have been made without entry test and some non-local people have also been appointed. The letter carrying signature of a dozen other lawmakers from merged districts demanded the Nadra chairman to cancel the appointments and ensure new appointments strictly on merit.

Tribal Youth Forum Chairman Rehan Zeb said while talking to TNN that when the sacked employees staged protest outside Nadra office in Islamabad, they were clearly told by the project director that they have been sacked over the letter by tribal lawmakers and their sacking letters will be issued within few days. Rehan Zeb said several youth quit their jobs at other places to join Nadra, and now their sacking by Nadra have left them in a very difficult situation.

The Youth Forum chairman said the issue was also raised at the Prime Minister’s Citizen Portal and Nadra had said in its reply that no evidences of malpractices in appointments were found.

Hayat Khan from Bajaur, who has completed M.Phil, told TNN that he was working with a private company when he passed a very difficult interview with Nadra and was appointed as supervisor. He said he was not given time to properly resign from his old job and was asked to join Nadra within one day. He said his career is ruined after this episode. He said the lawmaker are playing politics over the issue and destroying future of the youth.

Bashir Khan, who was appointed as data entry operator in TDP-ERP, said his turn in the interview came after six days wait in queues and when he was selected, it was great news for his family. He said the lawmakers have misused the issue of appointment of non-locals to get appointed their own people. He alleged that he has personally seen a message from a senator to his friend assuring him that he will be appointed in the project soon. He said the lawmakers have ignored appointment of non-locals in other projects and they are after the Nadra project only to get their own people appointed.

Bashir and Hayat said they would approach the Peshawar High Court if the posts were advertised again.