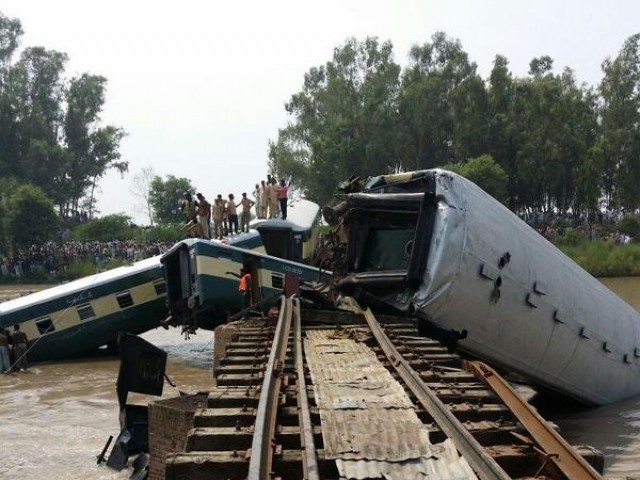 PESHAWAR, 2 July: At least 12 persons, including soldiers, died when a train carrying the Pakistan Army troops fell into a canal following collapse of the bridge in Gujranwala on Thursday.

According to the Inter-Services Public Relations (ISPR), four bogies of the train fell into Janki Chatta canal when its bridge collapsed. A colonel of the Pakistan Army, his wife, two children among 12 people lost their lives in the accident. The ISPR said the Army helicopters and divers have rescued 80 persons from the canal. It said the train was carrying 200 soldiers, their families and luggage from Panu Aqil to Kharian when the accident occurred.

Minister for Railways Khawaja Saad Rafique stated that the condition of the bridge was declared satisfactory recently. He said investigation into the incident has started and the probability of sabotage could not be rule out. However, he said no such information has been received so far.