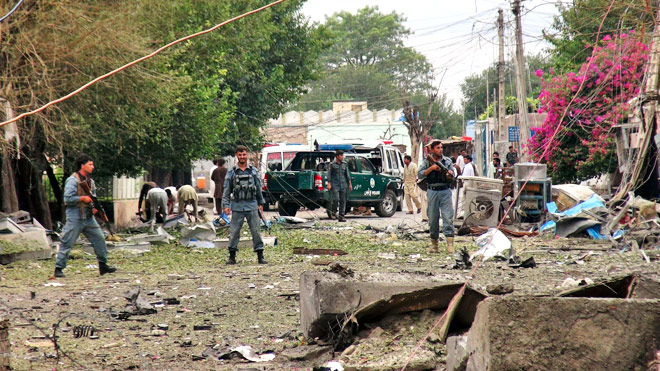 JALALABAD: At least 12 people were killed on Sunday when gunmen stormed a government building in Jalalabad, triggering clashes with security officials that lasted for five hours.

Media reports quoting Attahullah Khogyani, the spokesman for the governor of Nangarhar province, that 42 people were wounded in attack.

He said that four attackers, five civilians and three finance department employees were killed in the attack and battle between the gunmen and security forces.

A car bomb exploded outside the building belonging to the provincial finance directorate, after which the attackers stormed the building, exchanging fire with security officials.

No one immediately claimed responsibility for the attack. Both the Taliban and a local Islamic State of Iraq and the Levant (ISIL, also known as ISIS) affiliate have carried out numerous attacks in Nangarhar.