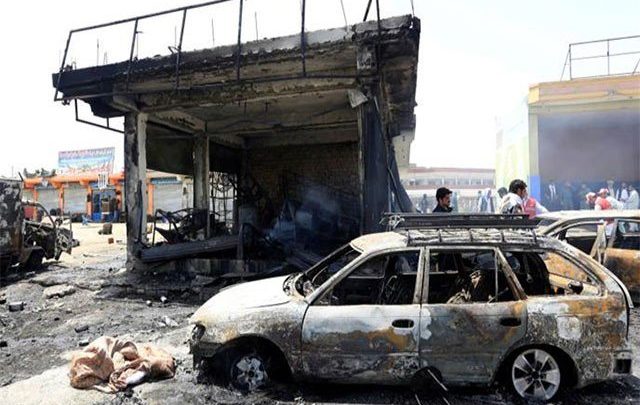 JALALABAD: At least 12 people have been reported killed and four others injured when a suicide bomber detonated his explosives at a checkpoint in the eastern Afghan city of Jalalabad.

Security officials at Nangarhar province told media that that among the casualties in the attack were two security personnel.

They said that eight other fatalities were civilians. According to Tolo, several shops and vehicles close to the explosion were also destroyed in the fire that followed the blast. No group has immediately claimed responsibility for the violence.

Jalalabad, the capital of Nangarhar province, has been the scene of numerous attacks recently as armed rebels step up activity in the restive region.