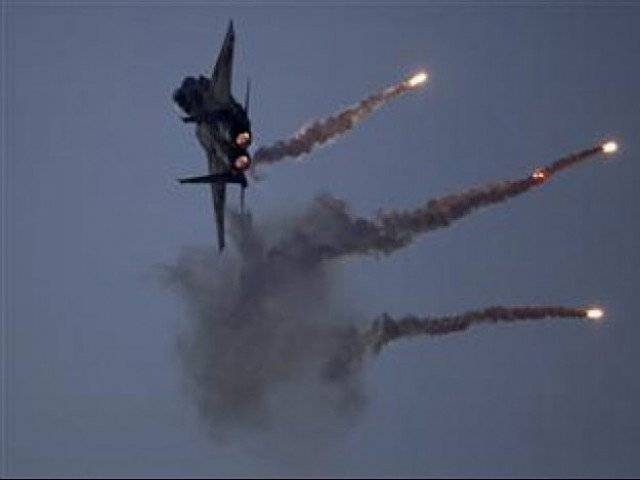 BARA, 04 December: As many as 12 militants were killed as fighter jets pounded terrorists’ hideouts in Rojgal area of remote Tirah valley in Khyber Agency, security sources said on Sunday.

According to the sources, a number of militants’ hideouts were destroyed in the operation.

It merits a mention here that the security forces had launched Khyber-II operation in the mountainous part of the Khyber agency, which was successfully completed after militants were expelled from the valley.

However, security sources said the operations were being carried out to stop militants’ infiltration from Afghanistan side into the tribal areas of Pakistan.