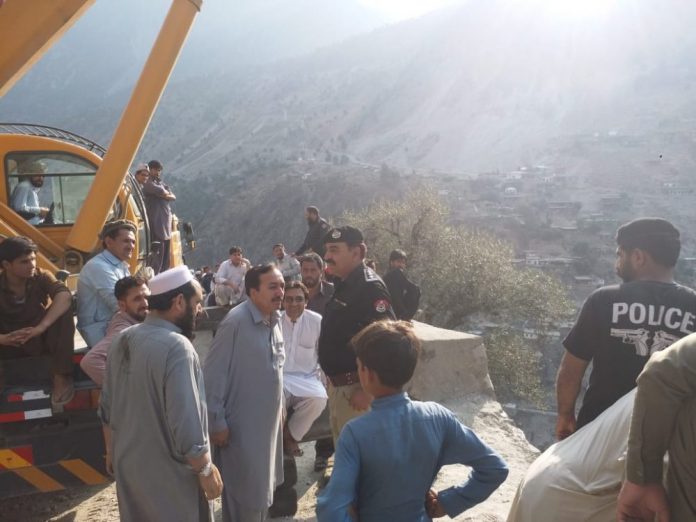 KOHISTAN: Twelve members of a family lost their lives and four sustained critical injuries when a vehicle fell into Indus River in Kamila area of Upper Kohistan on Thursday night.

The Rescue personnel, police, Frontier Constabulary and local people participated in the rescue operation. The bodies and the injured were shifted to Dasu Hospital. The rescuers faced difficulties in rescue operation due to darkness in the night and it took a long time to retrieve bodies.

Police said the deceased include two women, six children and four men. It said the bodies of the deceased were handed over to the family after necessary formalities. The vehicle was carrying 16 people when it met the accident.

The real cause of the accident was not known, but most of such accidents happen due to poor condition of roads and reckless driving by drivers.

The tragic accident in Upper Kohistan happened just a day after the death of 11 passengers and injuries to 46 others in a bus accident near Brahma Interchange on Peshawar-Islamabad Motorway.

The bus carrying passengers from Swat to Lahore skidded off the road and overturned due to slippery road. Police said that according to initial investigation, over-speeding and carelessness of the driver caused the accident. The driver was arrested and a case was registered against him.

Eyewitnesses said the driver was using mobile phone while driving and refused to pay heed to some passengers who asked him not to do so. The driver was also accused of having consumed hashish which allegedly led to the accident.

Motorway Police said the deceased belonged to Lahore, Nankana Sahib and Swat. It said the bus went out of the driver’s control when it was overtaking a trailer. Following the incident, Motorway Police issued orders to install speed cameras after every 500 meters on the M1 Motorway.