PESHAWAR, 28 February: Twelve security personnel have been injured in a blast in South Waziristan tribal region.

Security officials said on Saturday a security forces convoy came under a bomb attack in the Sarwakai area.

The injured were immediately taken to hospital. No group claimed responsibility for the attack till the filing of this report.

Families’ repatriation to begin from 15 March

Administration of South Waziristan tribal region says that they would begin repatriating families, displaced as a result of military operation, from 15 March. 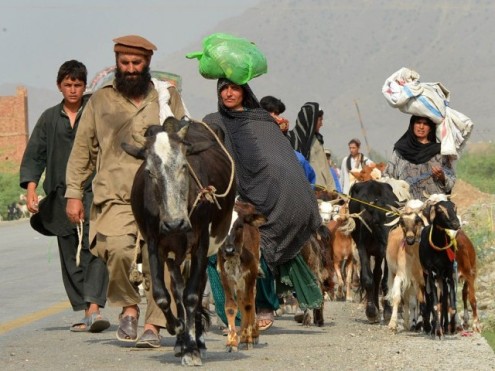 Political authorities told TNN that 8,000 families would be repatriated in the first phase. Assistant Political Officer of Sarwekai Subdivision Nawab Safi said registration of the families would be carried out from 8 to 11 March at political compounds in Tank.

About 79,000 families of Mehsud tribe were affected by the Operation Rah-e-Nijat launched by the Pakistan Army against militants about six years ago. Around 12,000 families have been repatriated so far.