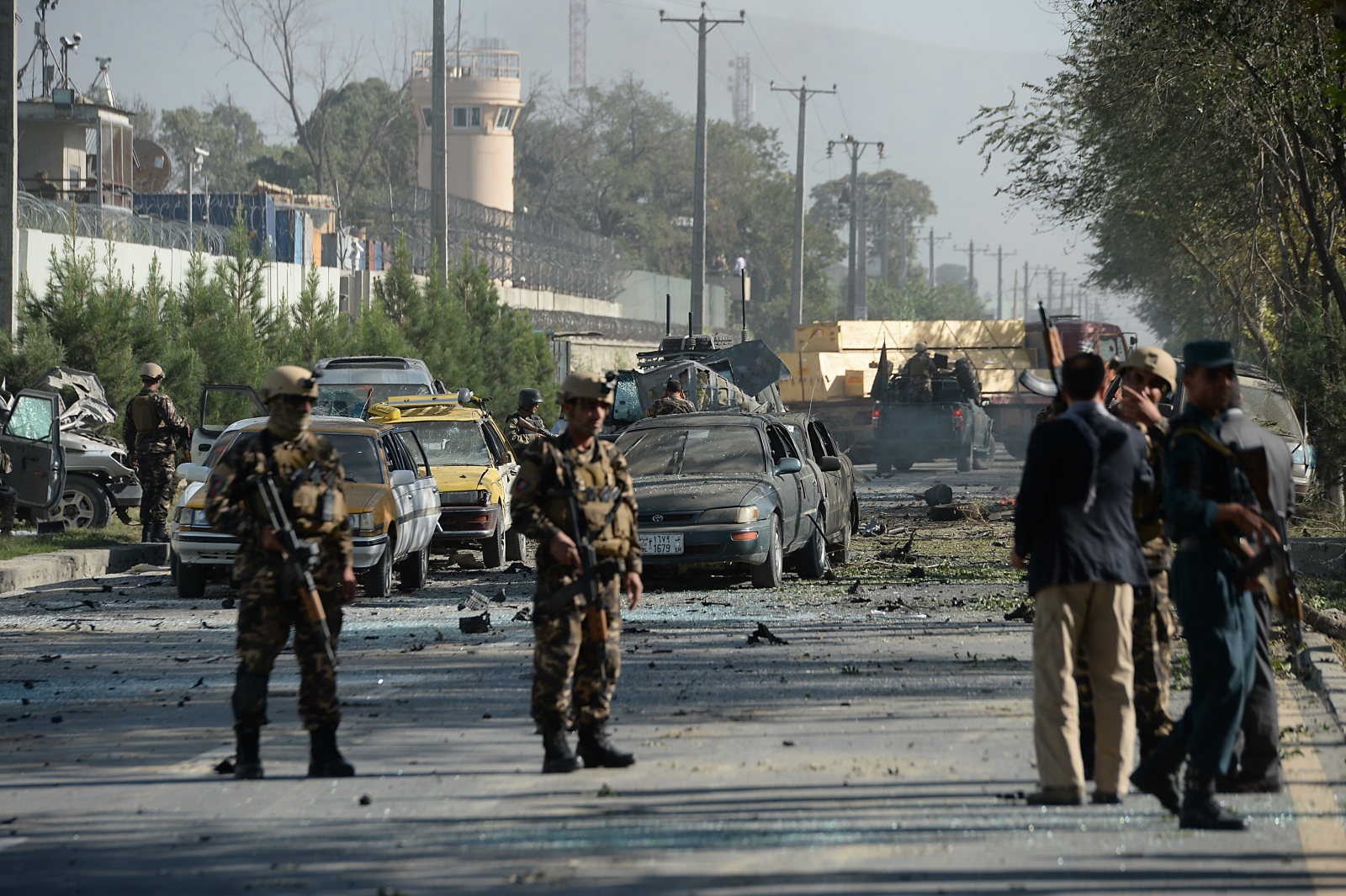 PESHAWAR: At least 19 people, most of them Sikhs, were killed after a suicide bomber blew himself up at a market in Jalalabad where President Ashraf Ghani was due to visit.

The market is located 100 meters from the provincial governor’s compound where President Ghani was holding a meeting.

Afghan officials confirmed the blast and said that 12 Sikhs and Hindus were among the dead where another 20 people were wounded.

“It is over for us, we are finished, they have massacred us, at least 10 of us,” a man told AFP, too upset to give his name.

Provincial health director Najibullah Kamawal confirmed 19 people had been killed, the majority of them Sikhs.

Small communities of Sikhs and Hindus reside in what is otherwise an overwhelmingly Muslim nation. It is not clear if they were the intended target of the attack.

Interior ministry spokesman Najib Danish confirmed a suicide bomber carried out the attack — the latest in a series of recent deadly assaults in the restive province.

Ghani’s spokesman said the president was still in Nangarhar but was “away from danger”.

Ghani arrived in Jalalabad earlier on Sunday to open a hospital, part of a two-day visit to the province bordering Pakistan.