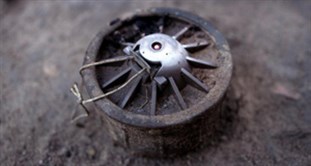 BANNU: A 12-year old girl lost a leg in a landmine blast in Janikhel area of Bannu district on Sunday, the police said.

The police said that Shabnam went to collect firewood in nearby mountains where she stepped on a landmine that exploded rendering her crippled forever.

Shabnam was shifted to District Headquarters Hospital where she is in critical condition. Number of landmine victims in tribal districts of Khyber Pakhtunkhwa has been increasing where dozens have been crippled.

Pashtun Tahaffuz Movement, a right movement, has been demanding of the government to clear tribal district of landmines scattered throughout the region.