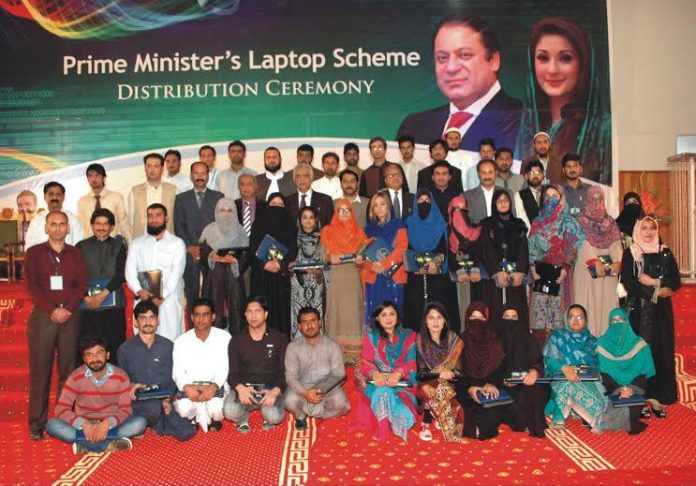 MANSEHRA, November 1: About 1225 students of the Hazara University have been given laptops under the Prime Minister Laptop Scheme.

Mr Jhagra said that initially 100,000 talented university students across the country would be given laptops and that the scheme would be extended later on.

He said the scheme is aimed at equipping the youth with information technology skills. The students, who received the laptops, expressed their happiness.

“The laptop will solve several problems that we face. Previously, we used to visit internet cafes but now we will be able to do composing and other things even in the classrooms. We will also be able to prepare notes for ourselves. It will also encourage students to work hard and receive such laptops on basis of their talent,” said a student after receiving a laptop at the ceremony.