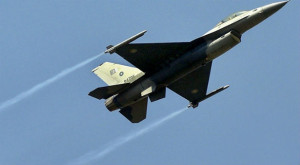 It says 13 militants were killed in the strikes of fighter jets. The army also claims it has cleared 50% North Waziristan of militants.

The report about fresh casualties could not be verified because the media do not have access to the tribal region and they rely on the army’s statements.