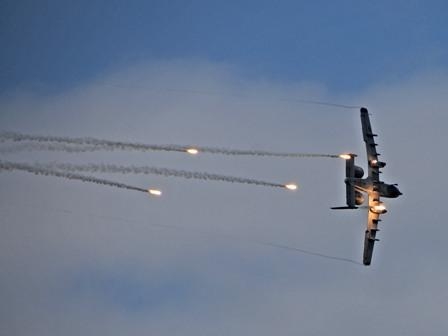 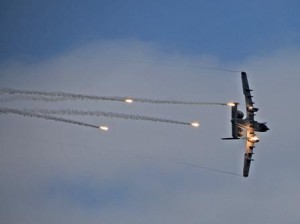 MIRANSHAH, July 8: Thirteen suspected militants were killed and several of their hideouts were destroyed as jetfighters bombed areas in North Waziristan tribal region.

The Inter-Services Public Relations says the Pakistan Army bombed seven militant hideouts in Deegan area of Miranshah while majority of the militants killed were foreigners.

According to official sources, 413 militants have been killed in operation Zarb-e-Azb so far while up to 40 militant hideouts and bomb making factories were also destroyed.

Thousands of families were displaced from North Waziristan after the Pakistan Army launched Operation Zarb-e-Azb against militants in the tribal region. Most of the families moved to Bannu, Dera Ismail Khan, Lakki Marwat and Peshawar districts of Khyber Pakhtunkhwa.