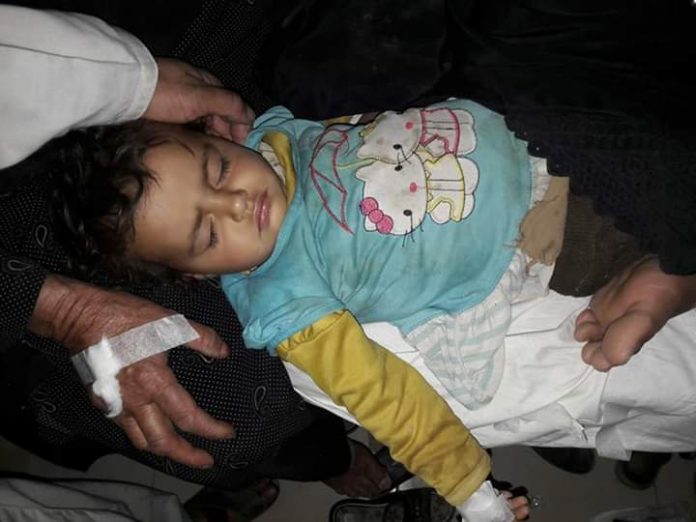 UPPER ORAKZAI: Thirteen members of a family fell unconscious, including eleven children and three women, in a village Kasha of Upper Orakzai tribal district after drinking poisonous lassi on Saturday.

Dr Haleem Ur Rahman, Medical Superintendent (MS) of District Headquarter Hospital told the media that at least thirteen patients were admitted to Hospital after they reportedly drank lassi in their village.

Dr Haleem further informed that the patients brought to the hospital include eleven children and two women of the same family. He added that all the patients have been recovered by providing timely treatment at the hospital and now their conditions are out of danger.

The affected family was later discharged from the hospital after the recovery. When enquired about registering a police case against anyone, the doctor said that the family has refused to file any report to the concern police station.

Worker dies after being electrocuted in Warsak Kaly

PESHAWAR:  A man was electrocuted in Warsak Kalay area on Saturday due to the ‘negligence’ of an official of Warsak grad station official.  The man was identified as Sarfaraz Khan who was working to fix a technical fault in the supply line when suddenly electricity was restored killing Sarfaraz Khan on the spot.

The villagers alleged that have informed the 66kv grid transmission line officials that they are working to repair a technical fault in the line therefore, the power supply be suspended.  However, against the assurance, they have suddenly restored the supply due to Sarfaraz Khan was died on the spot.

Two other persons identified as Israr Wali and Rais Khan were critically injured, who was rushed to nearby hospital.