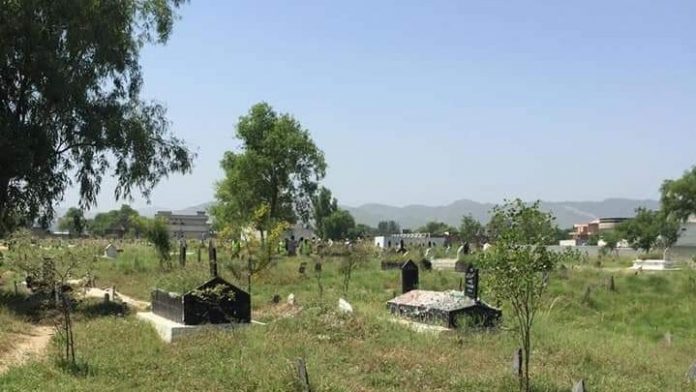 PESHAWAR: The death toll from COVID-19 in Khyber Pakhtunkhwa has reached 365 as 14 new deaths were reported on Thursday.

According to latest data shared by the KP Health Department, as many as 340 new cases were confirmed in the province during the last 24 hours, taking the tally to 7,155. The new infections include 59 from people returning from abroad who have been kept at different quarantine centres. Out of 14 new deaths, seven have been reported in Peshawar, two each in Karak and Bajaur and one each in Charsadda, Abbottabad and Kohat.

340 new cases confirmed (59 from Int'l flights quarantine center) taking the total to 7,155 in KP. 14 more lives were lost (7 Peshawar, 2 each in Karak and Bajaur, 1 each in Charsadda, Abbottabad and Kohat) taking total to 365 in KP. 68 patients recovered taking total to 2,198. pic.twitter.com/rs6uDf1LWK

The Health Department said a total of 2,198 patients have recovered in KP including 68 during the last 24 hours.

KP maintains the grim milestone of most deaths from the pandemic in the country, while Peshawar remains the most affected district of KP with 216 deaths, nearly two-thirds of the total deaths in the province. The total confirmed cases in the metropolis have reached 2,694, nearly half of the tally in the province.

Deaths in Khyber district and Nowshera

A coronavirus patient died in Khyber district on Thursday after which the toll in the district has mounted eight.

Jan Haider, hailing from Surkas area of Bar Kambarkhel in Bara, who was currently living in Hayatabad Phase-7, Peshawar, was under treatment at Hayatabad Medical Complex (HMC) for the last few days.

In a tragic turn or events, Jan Haider died just few moments after his mother died in her village. Jan Haider was about 60-year-old, while his mother was 80-year-old.

Meanwhile, a coronavirus patient woman, who was under treatment at Qazi Medical Complex in Nowshera, died on Thursday. She was laid to rest under the SOPs. Death toll from COVID-19 in Nowshera now stands at 19.

As many as 365 deaths have been reported in KP, 297 in Punjab, 336 in Sindh, 39 in Balochistan, four in Gilgit-Baltistan, 10 in Islamabad Capital Territory and one in Azad Kashmir.

The total confirmed cases of COVID-19 in Pakistan have mounted to 49,520.

As many as 14,155 patients have recovered from the virus in Pakistan.