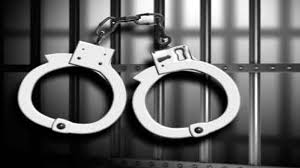 The district administration said in a statement that surprise visits were conducted on Charsadda Road, Afghan Colony and Hashtnagri on Monday and shopkeepers selling chemical kite strings were arrested. It said action will also be taken against the banned string sellers in Yakkatoot Bazaar and other areas of the city.

There is complete ban on kite flying and chemical string sale in Peshawar. However, the ban is being frequently violated.