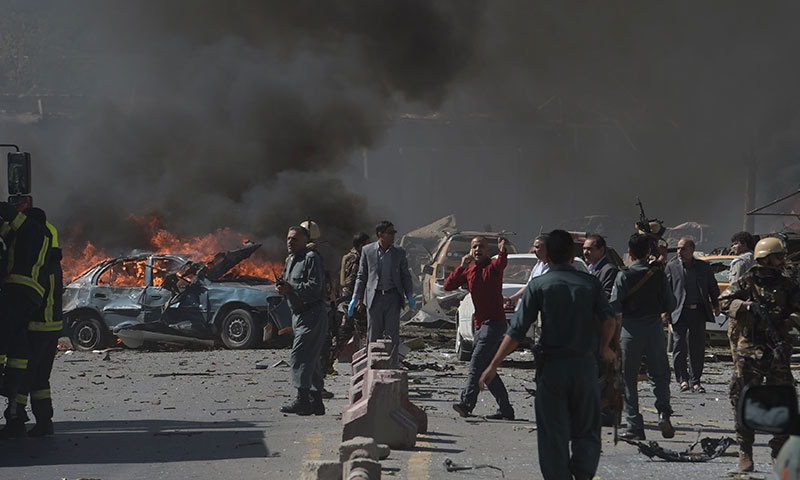 KABUL, 21 October: A suicide bomber killed 15 Afghan army trainees as they were leaving their base in Kabul on Saturday, the defence ministry confirmed.

It was the second suicide bombing in the Afghan capital in 24 hours and the seventh major assault in Afghanistan since Tuesday, taking the total death toll to more than 200, with hundreds more wounded.

“This afternoon when a minibus carrying army cadets was coming out of the military academy, a suicide bomber on foot targeted them, martyring 15 and wounding four,” defence ministry spokesman Dawlat Waziri told AFP.

Kabul Crime Branch chief General Mohammad Salim Almas said police have launched an investigation into the attack which happened in the west of the city.