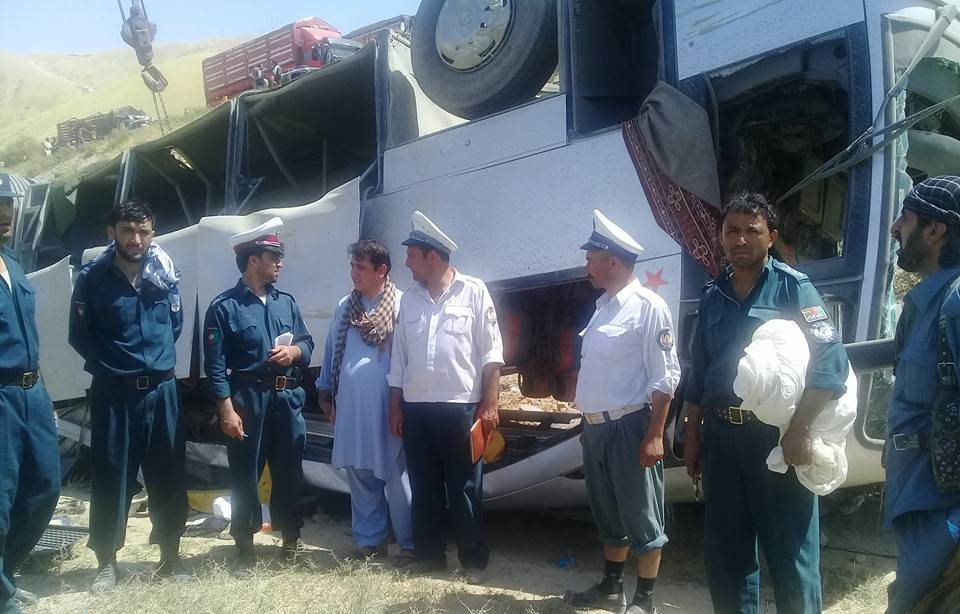 PESHAWAR: At least 15 people were killed, and 25 others sustained injuries in a road accident in Kandahar province of Afghanistan on Saturday.

Afghan media reported while quoting local officials that a passenger bus and a truck collided head on in Hawoz Madad village of Zhari district at 6:00am local time. The officials added that the dead also included women and children.

Kandahar provincial governor’s spokesman Aziz Ahmad Azizi said three women were among the dead and three are among the wounded. Three children also lost their lives in the mishap. The injured were taken to hospital for treatment where the condition of some of them was stated to be critical.

Traffic accidents are very common in Afghanistan which are mainly attributed to reckless driving and poor condition of roads.