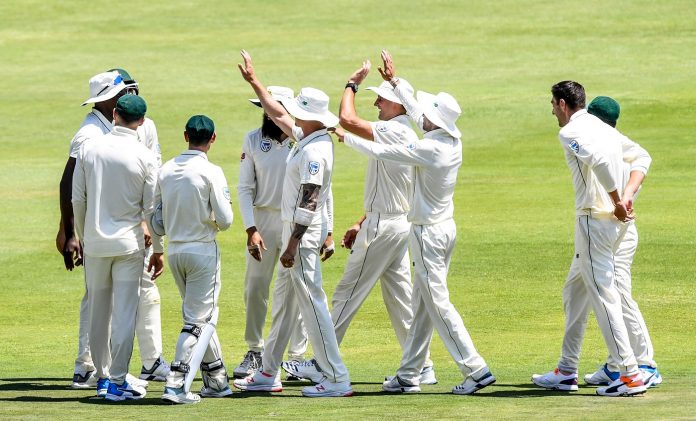 PESHAWAR: The second day of Centurion Test between Pakistan and South Africa also belonged to bowlers as 15 more wickets fell from both sides.

However, unlike the first day when South Africa had slight advantage, they ended with a massive advantage at the end of the second day’s play.

In response to Pakistan’s first inning score of 181, South Africa made 223 runs with 42 runs lead. Pakistan killed off the deficit quickly, but a collapse after the fall of second wicket brought them into a weak position. Pakistan were 101-1 at one stage, but collapsed to 190 all out and Proteas got an easy task of 149 to win the first Test. Shan Masood was top scorer for Pakistan in the first inning with 65 runs, while Imam-ul-Haq went on to make 57.

Duanne Olivier, who got six wickets in the first inning, again shined in the second inning with five more wickets. Rabada got three wickets, while Steyn got two. All 30 wickets in the Test so far have fallen to pace bowling.

The match will produce result within three days if no delay happened due to weather or any other reason. South Africa are now favourites to win the match barring any major batting collapse. There were also reports in the media that Pakistan coach Mickey Arthur was angry over the poor batting of senior Pakistani batsmen and he let his anger known to them in the dressing room.