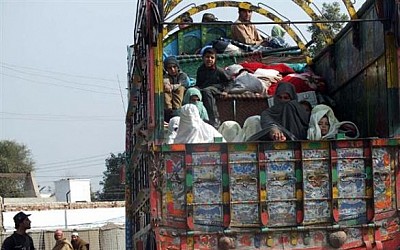 The political administration says that about 150 families from the Tank Kor Camp have returned to their native areas and that the repatriation process would continue till 4 April in which a total of 5,440 families would be rehabilitated.

The administration adds that many families displaced by the 2009 military operation had been repatriated in 10 phases and the 11th started after 15 months.

During the process, people of Sararogha tehsil and Serwaiki will be returned to their villages, with compensation worth Rs25000 per family and necessary food items for about six months.

Several IDPs said they were glad to return to their native areas but that they were concerned about their houses.

“We are happy now that we are going back home. But we are worried whether our houses are intact, or those have been destroyed in military operation. We seek government support in this regard, otherwise we will have to stay in tents,” stated one of the tribesmen on way to his native area.