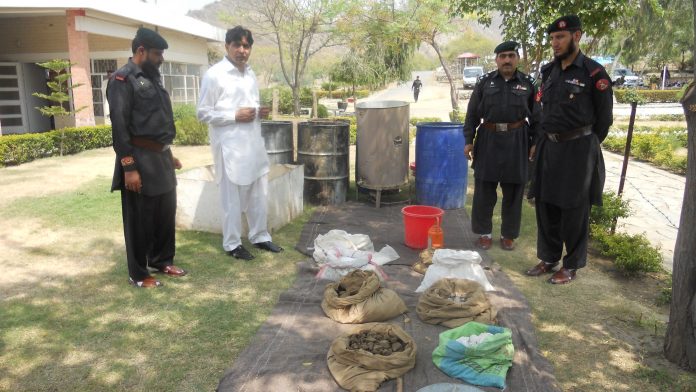 PESHAWAR, September 13: The Anti-Narcotics Force has seized 160 kilograms heroin at the Bacha Khan International Airport in Peshawar and arrested the accused.

The ANF officials say they seized the drugs from the luggage of a passenger who was allegedly trying to smuggle it to Abu Dhabi through the Shaheen Airlines.

In separate incident, the security forces have seized a heroin making factory in Mohmand Agency and arrested three accused, including owner of the factory.

Administration officials say they have seized pure opium and the chemical used in making heroin.