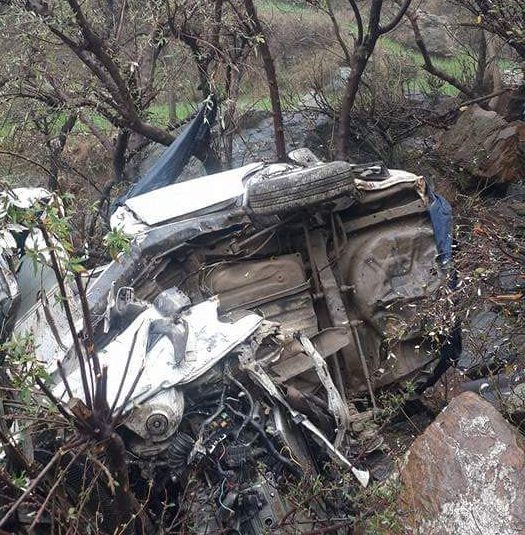 KOHISTAN: At least 17 people were killed on Sunday after a  passenger bus plunged into a ravine in jurisdiction of Lotar Police Station in Kohistan, the police said.

They said that a passenger bus was going Rawalpindi from Ghizar area of Gilgit Baltistan when it plunged into ravine in a far flung mountainous area.

As a result 17 passengers have died while several others were injured, the police said and added that a women has escaped unhurt. Immediate cause behind the accident could not be ascertained.

Locals were reportedly facing immense difficulties to rescue the injured. Police and rescue teams yet to arrive the site.