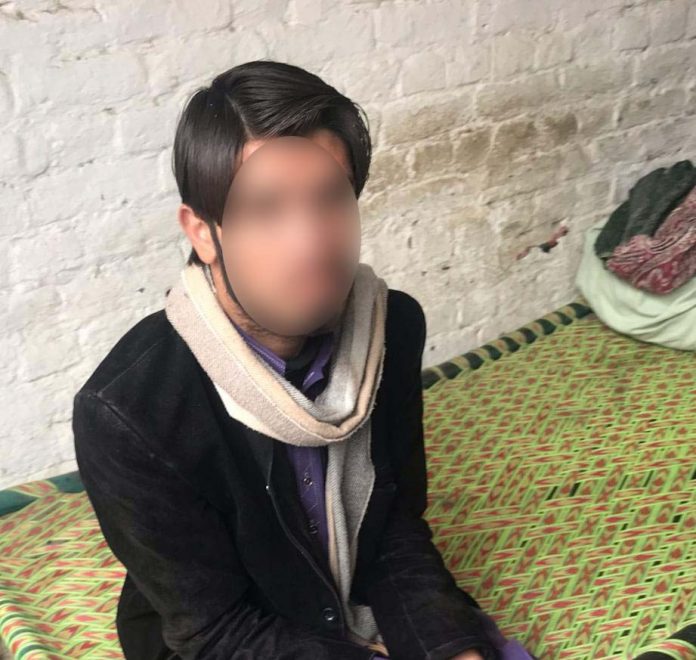 NOWSHERA: A man allegedly tried to sexually abuse a 17-year-old boy inside a madrassa in Kaka Sahib area of Nowshera on Friday.

Police said the affected boy, Quaid Ali Shah while filing a complaint told that he was going home from the bus stop in Kaka Sahib when the accused Hanifullah deceivingly took him to a madrassa and tried to sexually abuse him. The boy said he started shouting for help after which the accused escaped from the scene. He demanded justice for himself and severe punishment to the accused.

Police filed a case against the accused and arrested him. Further investigation into the case is underway.

Despite a media and civil society campaign and severe punishments to culprits involved in sexual crimes, such incidents are continuously happening in different parts of the country, particularly in Khyber Pakhtunkhwa.

On 10 January, four-year-old child, Khalil, a resident of Nawan Killi area of Jehangira in Nowshera, was allegedly sexually abused by his 60-year-old neighbour Muhammad Riaz.

Salman, the father of the victim child, told police that he was told by his son when he returned from work that an elderly person has subjected him to sexual abuse. Police after filing the report sent the child for medical test at the District Headquarters Hospital and arrested the accused within few hours. Police said the accused confessed his crime during initial investigation.

On 28 December, 2018, an eight-year-old girl was raped and tortured to death in Nowshera.

Police said that the tortured body of eight-year-old Manahil was found in a graveyard on Kheshgi road within the jurisdiction of Nowshera Kalan police station. Her father told the media persons that she disappeared on Thursday and they registered a case in the local police station. He said that her daughter was studying in class three in a private school. On that day, he added, as usual, she came to home from school and after some time left for a nearby religious seminary where she was learning the Holy Quran. However, she didn’t return.

On 1 January, Nowshera Police announced the arrest of the alleged rapist and killer of Manahil. The police presented the alleged culprit, identified as 22-year-old Yasir, before the media and said Yasir has been arrested after his DNA sample matched with the samples taken at the crime scene. He revealed that Yasir is a friend of the victim girl’s father and he was arrested from his home during a raid.

Earlier, District Police Officer (DPO) Mansoor Aman said the increasing incidents of sexual abuse of children are a matter of grave concern. He said such incidents can be curbed by joint efforts. He urged the Ulema, area elders and social activists to play their role in creating awareness among the people about this issue.