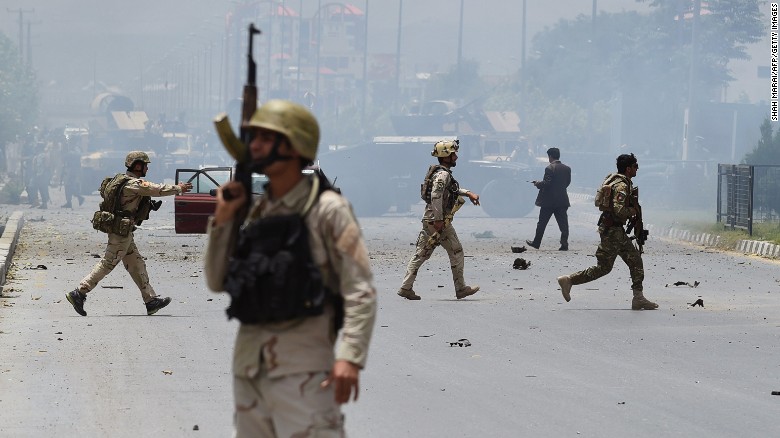 KABUL, 22 June: At least 18 people, including a parliamentarian, were injured in bomb-and-gun attack on Afghan Parliament here today. Six gunmen holed up in an adjacent building were also gunned down in retaliatory fire.

Afghan Interior Ministry said that one of the Taliban militants blew up an explosive-laden vehicle at the gate of the Parliament, followed by a RPGs and rocket attack by six gunmen.

Afghan Taliban have accepted responsibility for the brazen attack and their target was the oath-taking ceremony of Defence Minister Masoom Stanekzai.