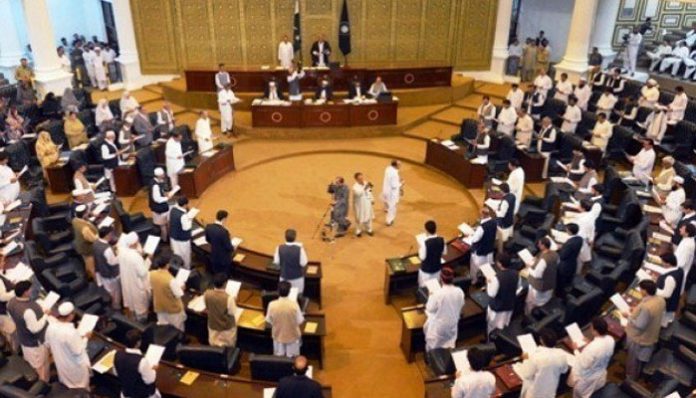 PESHAWAR: Eighteen opposition members of the Khyber Pakhtunkhwa Assembly have resigned from the standing committees in protest against not receiving development funds.

The opposition members, including opposition leader Akram Khan Durrani from the Jamiat Ulema-e-Islam-Fazl (JUI-F), have sent their resignations to Speaker of KP Assembly Mushtaq Ghani. The members who have submitted resignations belong to the JUI-F, Jamaat-e-Islami (JI), Awami National Party (ANP) and Pakistan People’s Party (PPP).

Three chairmen of district development advisory committees – Laiq Muhammad Khan (ANP), Mehmood Ahmed Khan of the Muttahida Majlis-e-Amal and Badshah Saleh of the PPP — have also submitted their resignations. The members who have resigned have conveyed to the speaker that they are resigning in protest against not receiving development funds for their respective constituencies.

The PTI against its pledges has decided to release Rs100 million for members of Punjab Assembly as development funds. In a parliamentary committee meeting of the Pakistan Tehreek-e-Insaf (PTI) chaired by Imran Khan on 30 October, 2018, it was decided to restore the development funds of the members of Punjab Assembly. The PTI in the past used to criticise the Pakistan Muslim League-Nawaz (PML-N) government for releasing funds for the members of the Parliament. It says development should be carried out through the local government system.

In Khyber Pakhtunkhwa, development schemes under the local government system are already underway. However, the provincial assembly members are demanding their own development funds as they had made promises with their electorate at the time of their election campaign that they will carry out development schemes in their respective constituencies. Now after winning elections, they are under pressure from their voters to complete development projects in their constituencies. However, the MPAs are in a difficult position to satisfy their voters as they have not received development funds.