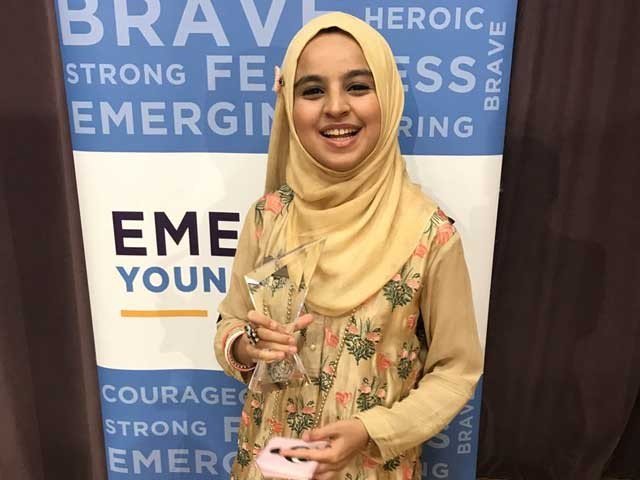 WASHINGTON: 18-year-old Pakistani girl was given Emerging Young Leaders Award by the US department on Wednesday in Washington.

The US Department of State honored 10 outstanding young leaders from around the world including Dania Hassan from Pakistan in a ceremony held at Washington which was attended by top officials.

Dania was awarded in recognition of her efforts to promote positive social change in the education sector of Pakistan. She had work as partners for peace and drivers of economic growth and opportunity. 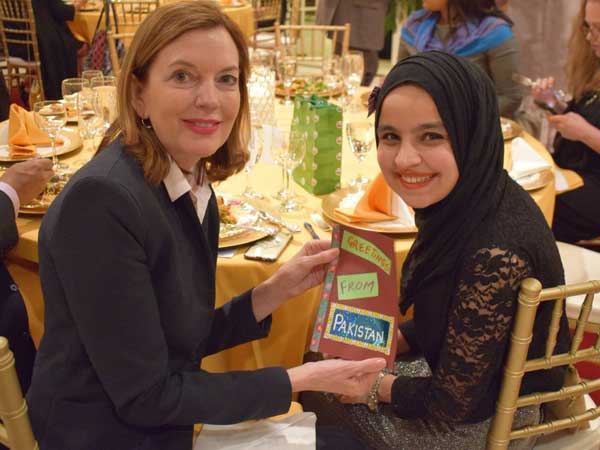 The 18-year-old alumni of Summer Sister Program at John’s Hopkins University had been a part of Pakistan’s established Fun to learn, a volunteer group that conducts extracurricular programming in underprivileged schools.

Pakistan’s ambassador to US Aizaz Chaudary lauded her efforts and said that the Pakistani women are capable of doing wonders.

The US department presented awards to 10 outstanding young emerging leaders from across the globe for their efforts as partners for peace and drivers of economic growth and opportunity.

Dania becomes second ever Pakistani recipient of the distinguished award.