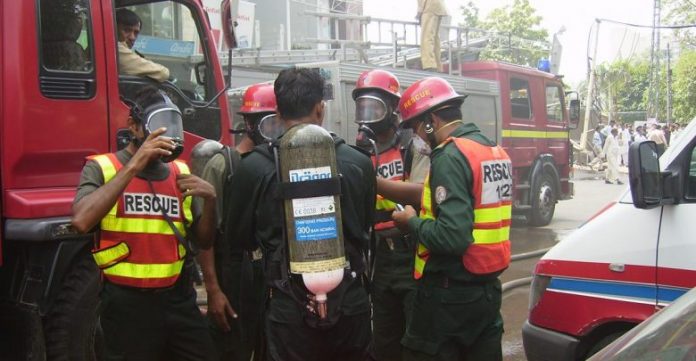 PESHAWAR: As many as 1,816 vacancies have been created in different cadres in Rescue 1122 in merged tribal districts in which 1,193 have been filled already.

After merger of erstwhile Fata with Khyber Pakhtunkhwa, the scope of Rescue 1122 was also extended to merged districts. The process of recruitments in the service has been initiated to provide efficient rescue services to the people of merged districts.

A meeting chaired by Chief Minister Mehmood Khan on Tuesday reviewed progress on various developmental projects of Relief and Rehabilitation Department undertaken in the merged tribal districts under the Accelerated Implementation Program (AIP).

The meeting was informed that necessary training of newly recruited rescue personnel will also be started within the next couple of days. It was told that rescue stations were being established in 15 tehsils of tribal districts with an estimated cost of Rs2,450 million. Rescue services in Jamrud, Bara (Khyber district), Ghallanai (Mohmand) and Khar (Bajaur) have been started, whereas construction work on the establishment of rescue stations in tehsil Kalai, Yakkaghund (Mohmand), Nawagai (Bajaur), Miranshah, Razmak (North Waziristan), Wana, Ladha (South Waziristan) and Sadda (Kurram) has also been initiated, and similarly, process of land acquisition for establishment of rescue stations in Landikotal (Khyber), Ghalju (Orakzai) and Parachinar (Kurram) is also in progress. The meeting was further informed that Rs6,765 million have been released as compensation for the damaged businesses in North Waziristan.

The chief minister directed the authorities concerned to complete all the developmental projects of merged areas within the stipulated timelines so that the tribal people could benefit from these projects as soon as possible. Mehmood Khan called for expediting the process of land acquisition for different developmental projects of merged areas so that physical work on these projects could be initiated without any delay.