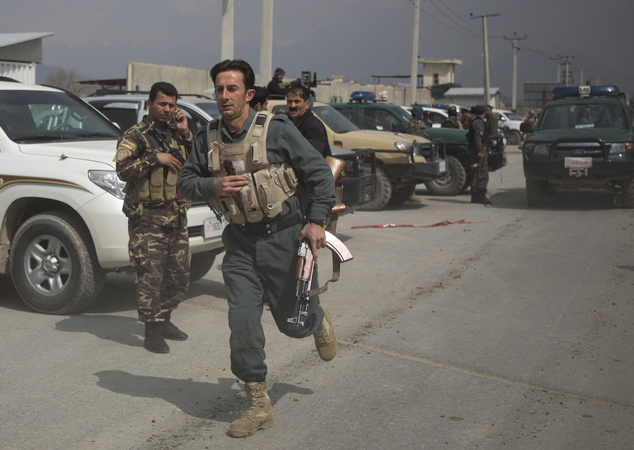 PESHAWAR, 26 May: Nineteen cops have been killed and seven soldiers injured in an attack by militants on a police headquarters in Afghanistan.

Afghan police said the incident happened in Nozad area of Helmand province where the militants opened fire on different police posts and then attacked the police compound. The militants also took away weapons and vehicles after the attack.