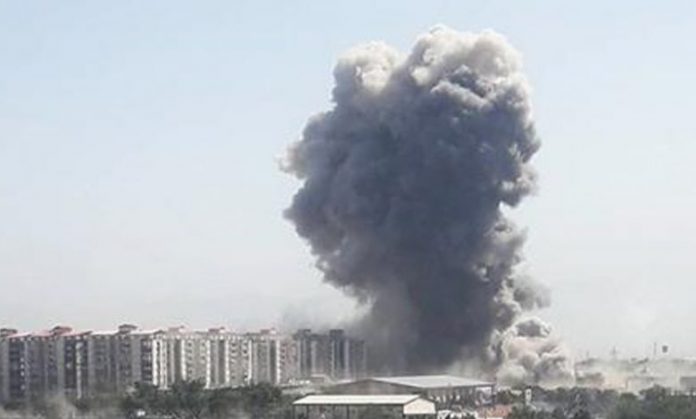 At least 19 people were killed and 40 others injured in bomb blasts near Afghanistan’s largest military hospital in Kabul.

News agencies reported that there were two blasts at the main entrance of Sardar Muhamamd Daud Khan Military Hospital in Kabul, followed by gunfire.

Taliban spokesperson Bilal Karimi confirmed 19 deaths and 43 injured in the blasts and gunfire.

Though there were no immediate claim of responsibility; however, eyewitnesses blamed militant outfit Daesh calling itself Islamic State in Khorasan Province (ISK-P) for the attack. They said that first there was a car bomb attack and later Daesh fighters entered the hospital.

Eyewitnesses also said that attackers and Taliban exchanged fire at the hospital gate.