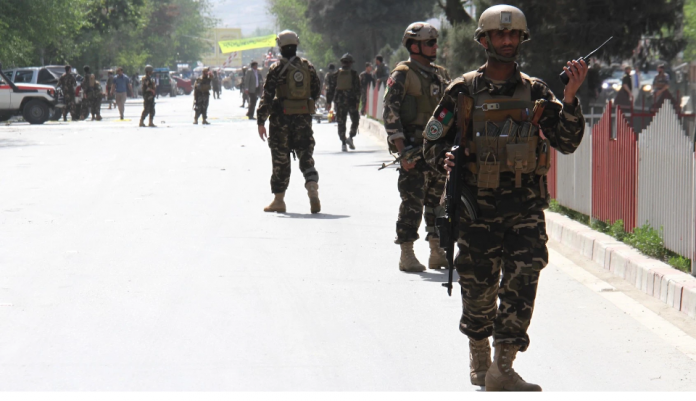 PESHAWAR: At least 12 lost their lives and several others were wounded as three explosions rocked Afghanistan’s capital Kabul on Thursday.

The first explosion happened at 8:10am when the militants targeted a bus carrying government employees in eastern Kabul. Five people were killed in the blast, while as many others were injured. A spokesman for the interior ministry said a magnetic bomb was pasted to a minibus which exploded in the morning. After the bomb blast, a suicide bomber blew himself near the bus attack site and the third incident happened when unknown militants blew up a car.

The bus belonged to the Ministry of Mines and Petroleum. The spokesman said the death toll could rise because some of the injured persons were in critical condition.

The spokesman said the suicide blast killed at least seven people and 20 others were injured. However, no casualties were reported in the third blast. It was a massive car explosion, but fortunately no one was hurt in the explosion.

The Taliban militants claimed responsibility in one bombing incidenti in Kabul, but denied involvement in the other two attacks. Besides Taliban, Daesh militant group is also active in Afghanistan.

Elsewhere in Nangarhar province, seven civilians were killed and four others were injured in a roadside blast. Provincial governor said the victims included six women and a child.

The governor said a mini-bus carrying wedding guests was hit by a roadside bomb.

Earlier, at least 35 policemen lost their lives and 12 others were injured in a militant attack on facilities in Takhar province on Wednesday night. Some reports said the death toll was higher than 40.

Attacks on the security forces in Afghanistan continue regularly by the Taliban militants despite ongoing talks for ending 18-year long war in the war torn country. The main issues in the talks relate to withdrawal of US troops from Afghanistan and declaration of ceasefire by the Taliban. Analysts say the Taliban are increasing attacks on foreign forces in Afghanistan to gain greater leverage in the talks. Prime Minister Imran Khan said in a recent statement said he is looking forward to meeting a Taliban delegation to convince them to end war in the country.