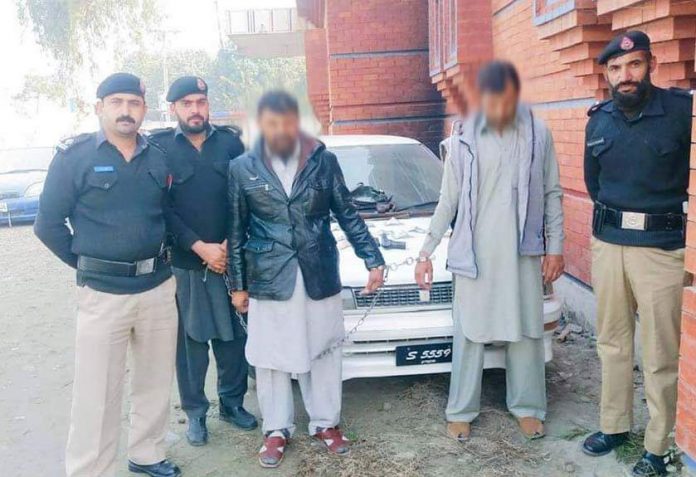 CHARSADDA: Two persons, including a police constable, have been arrested on charges of gang raping a transgender person in Charsadda.

Police said a transgender person Shehzad alias Bani was going to Peshawar after attending a wedding function in Shabqadar area of Charsadda when six persons allegedly gang raped her and also snatched cash, golden chain and mobile phone from her.

Police said the snatched golden chain, cash and mobile phone have also been recovered from the possession of the accused and further investigation is underway.

Bodies of couple found in Kohat

The bodies of a couple were found inside their house near the Bypass Road in Kohat on Thursday.

Police said both the bodies bear bullet wounds. The reason behind the murder could not be ascertained. Police are investigating the case.