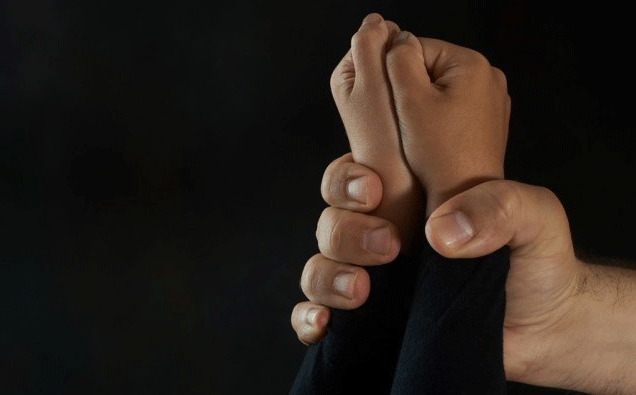 MARDAN: Two persons have been arrested in Mardan over trying to sexually abuse an 11-year-old boy and also filming his video.

Police said the victim boy Shahzeb along with his father Wazir Gul come to the police station and told that he was taken by his neighbours Waqar and Ubaidullah to their home in the night. He alleged that Waqar tried to sexually abuse him throughout the night, while Ubaidullah was making video of his act. Shahzeb said this continued throughout the night and he was only allowed to leave the place in the morning. He said he told his father about his ordeal as soon as he reached home and brought him to police station along with him to file a report. Shahzab said his father wasn’t worried much as he thought that he was with his friends, but his neighbours broke his trust and indulged into inhuman act.

Katlang Police Station officials filed a case against the accused and arrested them. The mobile phone used for making the video of attempted sexual abuse has also been confiscated. However, it is not known whether the video is still in the mobile phone or it has been deleted. Police are investigating the case from various angles.

Two people lost their lives and four others sustained injuries in a traffic accident on the Indus Highway in Karak on Sunday.

Police said a speeding truck went out of driver’s control and collided with tree other vehicles on the Indus Highway. Two people died in the accidents, while four others were injured. The injured persons were taken to District Headquarters Hospital Karak by the local people on self-help basis as rescue and police personnel were not in sight at the time of the accident.

Indus Highway is notorious for traffic accidents, as several mishaps happen on it routinely. Most of the accidents happen due to reckless driving by the public transport drivers and lack of training for drivers. Pakistan is among the countries with high ratio of traffic accidents. Despite several loss of lives, accidents happen routinely on Pakistani roads as drivers seem to be unwilling to learn from their mistakes.