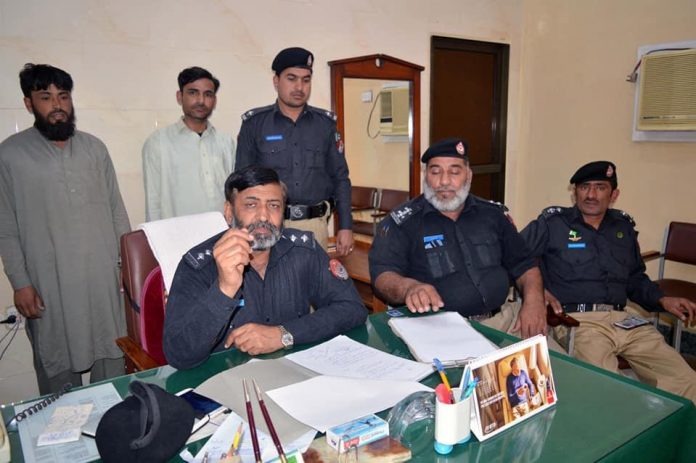 SWABI: Two people have been arrested in Zaida area of Swabi on charges of sexually abusing a beggar woman, police said on Saturday.

Police said the beggar woman had filed a report with Zaida Police Station that she was begging as usual on 26 March, when two boys came to her and asked her that they will give her Zakat money. She alleged that the two boys took her to an empty home in Ziarat Cham area, subjected her to sexual abuse and fled the scene.

The DNA samples of the accused have also been sent to laboratory for further probe. After the arrest of the accused, the victim woman identified them and confirmed that they sexually abused her.

The accused were presented before a local court which granted two-day remand of the accused.

Police officers of Swabi told media that the affected woman is around 35 years old. They said the accused raped the beggar woman who went with them for receiving Zakat money which was never there.

On Friday, a seven years old child was killed after sexual abuse in Khanpur area of Haripur.

Police said the victim child was identified as Umar. He was sexually abused and then strangulated. The local people informed the police after they noticed the body of the child on a garbage dump. The body was shifted to Khanpur Hospital where doctors confirmed that the child was strangulated with a cloth after sexual abuse.

Police claimed that the culprit involved in the incident has been arrested and he is being interrogated.

The KP government has also taken notice of the incident. Adviser to Chief Minister, Ajmal Wazir said the culprit has been arrested. He said there is no place for such criminals in our society.

Sources said six years old Mehvin and four years old Sonida have been sexually abused and cases of both the incidents have been filed.

Police has arrested the accused, Atif, allegedly involved in the incident.