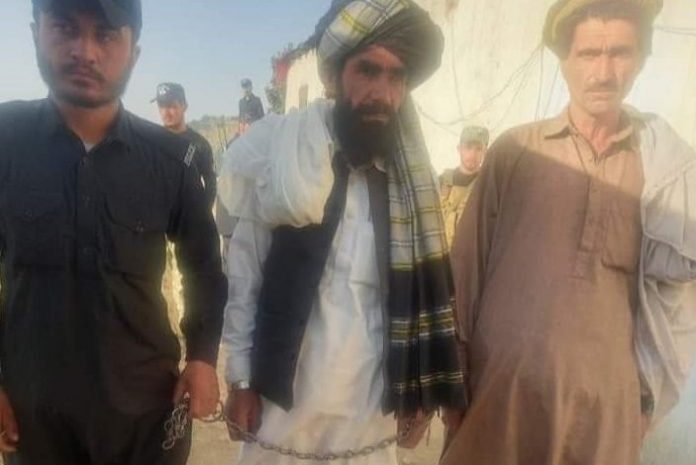 Police said the two accused had announced Ghag on unmarried girls and they were arrested on Wednesday.

Ghag is a practice which is still alive in some backward areas if merged districts in which a boy resorts to aerial firing with an announcement that a particular girl must be considered his fiancé as he would not allow anyone else to marry her.

Zabeehullah, a local police official, said while talking to TNN that there is no space for such practices of merger of erstwhile Fata with KP. He said people involved in such practices will have to face the law. He said the arrested accused will be produced in the court.

On December 23, 2020, Police in South Waziristan filed the first case related to Ghag in merged districts.

According to the first information report (FIR), the accused, Umar, went to the house of a girl and resorted to aerial firing with a warning that he would kill all her family members if she did not marry him. The FIR was lodged by the girl’s father who has said that the marriage of the girl was already fixed with another boy, but the marriage function has not been held yet.

This practice existed in different forms in merged districts. Sometimes, it also happens that when a girl is born she is immediately named after a boy at home no matter how old the boy is. Sometimes, one brother tells another that they would ‘engage’ their children as soon as they are born. They do not even know whether a son or daughter will be born and make such decisions out of excitement. Such rituals are not allowed in Islam, nor any law in the world. Mostly, when such children grow up, they reject the decision of their so-called childhood engagement.