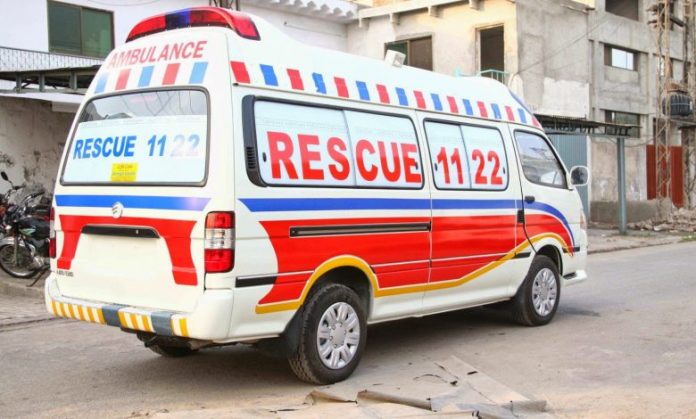 PESHAWAR: Two children lost their lives and three others were critically injured in a hand grenade blast in Peshawar on Wednesday.

Rescue 1122 said the incident happened in Zangali area at Kohat Road where the children were playing with a hand grenade when it exploded.

The local people said five people were critically injured in the blast. Two ambulances of Rescue 1122 immediately reached the spot and started recue activities. Two children died on the spot, while three were injured who were shifted to Lady Reading Hospital (LRH).

Police have launched investigations into the incident.

The deceased police constable was identified as Shehenshah. Police said ANP lawmaker Shakeel Bashir and his brother Afzal Bashir were travelling on Ghani Khan Road when their cavalcade was attacked. Police guard Shehenshah was killed on the spot, while the MPA and his brother narrowly escaped the ambush.

Afzal Bashir lodged a first information report (FIR) at the City Police Station, nominating Arshad Umarzai, Pakistan Tehreek-e-Insaf (PTI) candidate for a provincial assembly seat in the 2018 general elections, and his brother Khursheed Umarzai in the case. Afzal Bashir told police that they were travelling in three vehicles when the suspects ambushed them. The two families are stated to have an old enmity.

A large number of ANP workers reached District Headquarters Hospital Charsadda when they learnt about the attack on Shakeel Bashir and his brother.

The ANP provincial president Aimal Wali Khan condemned the attack on the district president of the party and lawmaker Shakeel Bashir Umarzai and termed it a cowardly act. He demanded immediate arrest of culprits behind the attack.

Aimal Wali Khan express sympathy with the family of the deceased policeman and said the ANP stands with the bereaved family in this hour of grief. He prayed that Almighty Allah rest the departed soul in eternal peace and grant courage to bereaved family to bear the loss with equanimity.