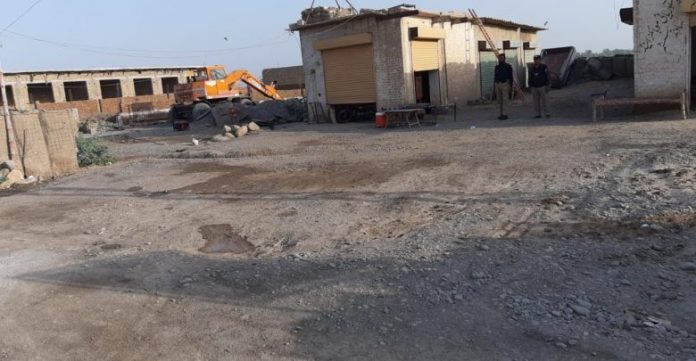 DERA ISMAIL KHAN: Two civilians died when they were caught in a clash between the law enforcing agencies personnel and terrorists in Dera Ismail Khan on Friday night.

Police said that the militants had come for a terrorist activity, but they escaped due to effective retaliation by police. Police said that during the firing by terrorists, a guard of a nearby petrol pump, Naqeeb Jan died on the spot, while two other employees of the petrol pump, Sami and Pir Muhammad and a cleaner of Sadabahar Coach Banglo Khan sustained injuries. The injured persons were taken to hospital, where Sami succumbed to his injuries.

Assistant Commissioner Drazinda Samiullah Khan said roads in the sub-division have been barricaded and police personnel have also been deployed at mountainous routes for checking.

Security personnel have come under attack in DI Khan several times recently after which the security forces conduct intelligence-based operations.

Last week, four terrorists were killed in an intelligence-based operation by security forces against militants in DI Khan. The security forces conducted operations in Bacha Abad and surrounding forests of tehsil Kulachi after information about the presence of militants was received.

On July 21, nine people, including six policemen, lost their lives and several others were injured in a suicide blast at Civil Hospital and attack on a police check post in DI Khan.

Unidentified armed men opened fire on a police check post in Draban area due to which two policemen, Jehangir and Inam, lost their lives. A large contingent of police reached the sport and shifted the bodies of slain policemen to Civil Hospital.

During shifting of the bodies to hospital, a suicide bomber exploded suicide vest near the Trauma Centre of the hospital in which seven people, including four police personnel, lost their lives and 17 others were injured.