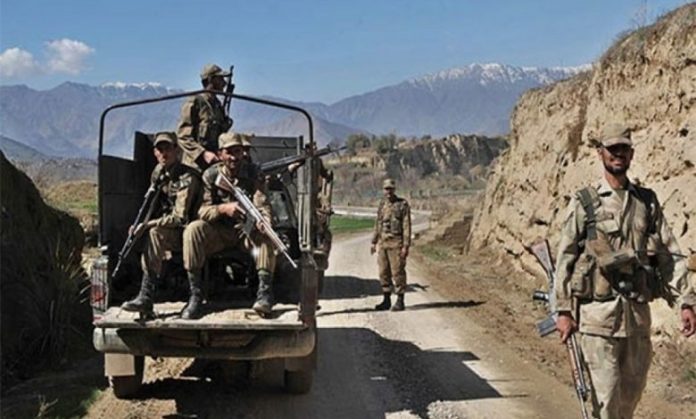 KHAR: Two commanders of a proscribed organisation were killed in an action by the security forces in Bajaur tribal district on Sunday night.

Several terrorists were also arrested during the action. The action was taken on a tip off from sensitive agencies. The sources said that commanders of banned outfit Zubair and Azizur Rehman were killed during the intelligence-based operation. The operation was carried out late in the night over information of presence of militants.

An officer of the security forces was also injured during the exchange of fire who was shifted to hospital. A huge cache of arms and ammunition was also recovered from the hideout of the militants.

Few days earlier, a terrorist commander Khalil alias Yasin was killed during any operation by the security forces.

On October 15, a soldier of the Pakistan Army embraced martyrdom, while another was injured in a cross-border attack in Bajaur tribal district.

Director General Inter-Services Public Relations (ISPR) Major General Babar Iftikhar said in a tweet that terrorists based in Afghanistan opened fire on the Pakistan Army post along Pak-Afghan border in Bajaur. The outlawed Tehreek-e-Taliban Pakistan (TTP) claimed responsibility for the attack in a statement sent to the local media.

On July 29, a soldier was martyred in a cross border attack by terrorists from Afghanistan.